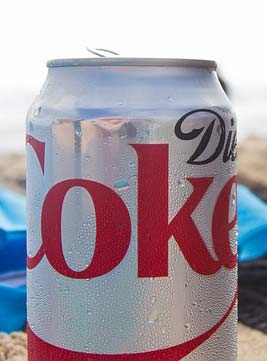 I recently ran across some information about diet soda that scared the snot out of me. Do you drink diet soda? Here’s 5 reasons to stop now!

Luckily, soda isn’t a regular part of my diet. And I’ve never really been a fan of diet soda because it tastes “tinny” in my mouth. If I’m going to drink soda, I’m drinking the real stuff.

But now – after reading what I did, I’m never drinking a diet soda again!

Artificial sweeteners are known to trigger headaches. And who needs another headache? A lot of the diet sodas on the market are sweetened with aspartame, a very controversial sweetener. Migraine.com explains why it’s a trigger:

“Studies have shown that Aspartame causes inhibition of brain serotonin and dopamine. Since drugs that raise dopamine levels in the brain have proven effective in reducing headache, it makes sense that consuming Aspartame could result in headaches because of reduced dopamine levels.”

A medical study released to Smithsonian.com (I know – right?) showed that soda drinkers overall had a 30% higher chance of depression and diet soda drinkers had an even worse chance! The study concluded:

“For sodas as a whole, there was a 30 percent greater chance of depression, but diet sodas carried a further 22 percent increase as compared to regular ones.”

There was over 260,000 people in this study and that’s enough to show a pattern.

Metabolic syndrome is a metabolism disorder that can cause diabetes, heart problems, weight fluctuations, and even death.

Drinking diet soda can increase your risk of metabolic syndrome, and further, increases your risk of diabetes in particular. The American Diabetes Association published a study in their Diabetes Care magazine with this scary factoid:

Read that again – a 67% increase! Just so you know, many of the studies on artificial sweeteners are funded by the companies that make them. Think the results are skewed? At all? 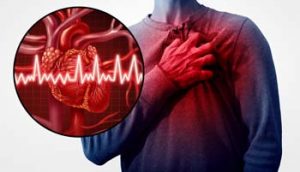 This surprised even me. Drinking just one diet soda every day increases your risk of heart attack. The University of Miami conducted a study and found this:

“After taking into account pre-existing vascular conditions, including body mass index, diabetes, high cholesterol and hypertension, they found that individuals who drank diet soft drinks daily were 43 percent more likely to have suffered a vascular event than those who didn’t drink any.”

Are you drinking water yet?

The National Kidney Foundation published a study about diet soda drinkers. This was a long term study and everyone who began the study had healthy kidneys. Here’s where it gets scary:

“Now doctors conducting this study have reported that drinking a lot of sugar-free cola beverages or other carbonated soft drinks might have effects on health. Kidney health may be one of those things. Kidney function declined over two decades in women who drank several diet sodas a day, according to researchers from the prestigious Nurses’ Health Study. In fact, compared with women who did not drink diet soda, soda-drinking women had a 30% greater reduction in kidney function in 20 years.”

How long have you been drinking diet soda?

A couple of other reasons to stop drinking diet soda include osteoporosis, causing your skin and muscles to wither over time; it rots your teeth – and it does NOT help you lose weight!

You may not be able to simply stop drinking diet soda. But try this: substitute one bottle of water for one diet soda every single day. Your kidneys will thank you!

I hope this information shocked you as much as it did me. Please take a moment to share this post with your soda-loving friends and family. Your bones and kidneys will thank you!