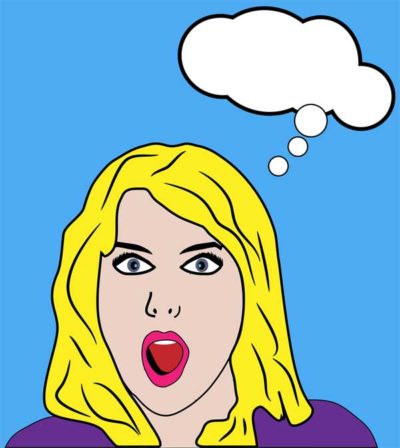 I learned an amazing tool in the last week about how to cope with #metoo during the holidays.

The #metoo movement is reaching fever pitch – as it should be. If you’re not sickened by all of us who have posted #metoo, then you’re not paying attention. I am a survivor of both childhood and adult sexual assault, so this issue strikes a particularly tender chord for me.

In case you’re not aware, there’s an entitlement mentality in the world as evidenced by all of the women who have come forward in the last few weeks and months on the news and social media.

They – we – are tired of feeling fearful for our jobs and families, tired of being groped – and worse – and done with feeling powerless to do anything about the situation.

Yes, that feeling of powerlessness spills over into holiday parties and sometimes you get talked into going to them. An evening at a small party where I know most everyone is a welcome part of the holidays; going to a large party where I’m unfamiliar with the guests can be daunting.

Especially since I’m an introvert. (No, really.)

It seems the holiday spirit makes some people feel entitled to have one adult beverage too many and that’s when the situation can get uncomfortable. And inappropriate.

It’s the entitlement mentality that turns off the filter (especially during the holidays) in mostly otherwise decent human beings.

That third or fourth adult beverage doesn’t give you a license to say or do things that aren’t appropriate to your best friend much less to an acquaintance.

By nature, even as an introvert, I appreciate a hug when I haven’t seen someone for a while. Men, women, kids, dogs – it doesn’t matter. But I’m here to tell you, that sweet hug does NOT give you license to let your hand wander to my hips or other body parts.

I’ve been in situations where a man’s hand has lingered j-u-u-u-s-t a little longer around my waist than it should. Or someone makes an off-color comment that makes me shake my head and wonder why (s)he would say such a thing.

I’ll just be real blunt here. Most of the time, it’s men who make the off-color comments that leave me feeling anxious and speechless.

Yes, speechless. But not anymore.

When Does It Become #metoo?

I have no problem whatsoever saying someone’s dress is pretty or asking someone what they do for a living. (Or you saying the same to me.) If I’m not familiar with your particular calling, the least I can do is ask you “what do you do as a <fill-in-the-blank>?” I don’t like to judge what someone does for a living or make a snarky comment – even after the third glass of wine.

And I’m certainly not a prude!

The whole reason I say this is because it’s usually a woman’s appearance or profession that elicits the speech-defying comment.

More often than not, the comment comes from a man who’s trying not to come off as condescending, but that’s really how it’s meant. If you mention that the comment was inappropriate, well, you’re just being “sensitive.”

Or somehow, with your hand on my ass, I’ve “misunderstood.”

Let me just tell it like it is when it comes to this kind of entitled behavior – empowered women empower women.

Women are not here for your pleasure – to be consumed as it were. I’m a human being and entitled to be treated with decency and respect without your snarky comment or hand on my ass.

Life coaches are fascinating to me and not just because I’m one of them. Holistic life coaches shed light on the stuck places in your life and are a huge help when you can’t seem to reach the next level. It’s what we do best and everyone can use the wisdom of a well trained life coach at one time or another.

But that very profession has elicited more eye rolls than I care to count. Add in aromatherapy, and some uninformed souls think you’re positively woo-woo.

Always on the lookout for a new perspective, I found the ever awesome and wise life coach, Susan Hyatt (shyatt.com). I love her style, her wit and her wisdom.

She is NOT fond of the aforementioned holiday parties nor is she willing to remain speechless when it’s appropriate to speak up.

Like many of us, she would far rather be at home with a good book and a hot cup of tea on a cold winter’s night. Ah, but the things we do for our beloved. As in going to a holiday party when we don’t want to.

Her formula for how to cope with #metoo during the holidays came about from her own experience at a holiday party. She reached her tipping point and blessedly, Susan simply couldn’t hold back during a recent Facebook live video.

If you have delicate sensibilities, you probably don’t want to watch this video. But if you’re ready for a real, honest and forthright way to let someone know they’ve crossed a line, watch and rejoice!

I just happened to be on my Facebook page when she went live with this and I was mesmerized. By the end of the video, I was sending Susan Hyatt mental high fives. One thing she said that stood out to me is that when people drink, they often say what they’re really thinking. And their normal filter has taken a holiday because they hide behind those adult beverages.

I’m not going to tell her tipping point story because it isn’t mine to tell. But, the way Susan lets someone know they have crossed the line of decency is to simply say: “why would you ask me that question?” Or “why would you say something like that to me?” Then, here’s the best thing to do next: be really quiet and let them absorb your question.

What’s happening here is that you’re not accepting the inappropriate comment but throwing it back to them and let them feel awkward about being so rude and crossing the line of decency.

It allows you to take back your power.

Now, don’t feel like you’re being negative to think that this will absolutely happen and talk yourself out of going to a holiday party. Susan simply advises to be aware that this type of behavior is coming and be prepared for that smart ass comment; claim your power and throw it right back to the perpetrator.

I don’t want to put a damper on your holiday celebrations – I really don’t!

I’ve simply been in too many situations where I felt powerless to protect or assert myself. Because of Susan Hyatt’s wisdom and forthrightness, I won’t feel powerless ever again. The holidays just seem to bring out that crass, entitled mentality in some folks and I’m no longer willing to silently endure that behavior.

This is one time when subscribing to someone’s Facebook page and weekly newsletter really paid off. I feel more powerful and I hope – through Susan Hyatt – I’ve shared a tactful way for you to feel more powerful in a disconcerting situation.

If you need just a bit more boost to feel calm and powerful at your next party, here’s an awesome blend that smells amazing and helps you to feel empowered:

Combine essential oils into the rollerball first, then fill with jojoba wax. Gently shake and apply to heart, wrists, throat and back of neck. I make this blend for $14.95 plus shipping and tax. Not only will you feel powerful, but you’ll feel calm and balanced as well.

Stay safe, be well and find your power by asking a simple question when you feel someone has crossed your boundary. Please help the women in your tribe by sharing this post. It’s that important!