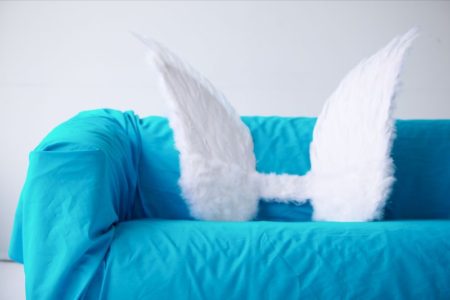 People are what you make them. A scornful look turns into a complete fool a man of average intelligence. A contemptuous indifference turns into an enemy a woman who, well treated, might have been an angel. Andre Maurois

When’s the last time you thought about an angel in disguise? I am a fan of motivational quotes. They always seem to trip a trigger in my brain. Lately, I’ve worked to keep my eyes open to all the “serendipities” of life and when thinking about this week’s entry, the above quote jumped out on my screen.

And it got me to thinking…

People walk around hoping to present to the world how they see themselves, but often we see them through the lens of our life experiences and judgments. I believe we make those harsh judgments of others based on our own personal notion of “normal.”

Normal? Relative to what? What is normal anyway?

Maybe what I see as “normal” is ridiculously boring and absolutely out of the question for you. Maybe I’m the really weird one in the world and everyone else is sane. Maybe your coworker or best friend is fighting a demon or struggling with a problem and it comes across to you as a snarky comment or contemptuous indifference.

It’s the contemptuous indifference that just absolutely makes me crazy. All of this to say: Kindness.

We all have problems and we want them solved. We go looking for answers and – OMG – what if YOU are the answer to someone’s problem that day? What if just by showing up and being kind, you made them feel less alone and more “normal?”

Because of kindness, what if you give somebody a big smile in spite of the bitchy comment they just threw out? You become the angel in disguise because instead of biting back, you empathized with someone who might look and act completely different than you. You cleaned up someone else’s screw-up without telling the whole world and they know there really is good in the world.

Kindness really does matter. Kindness is very important. And many times, your kindness opens the door to marvelous serendipities.

Years ago, I lived in this tiny rent house in a cul de sac just off a very busy highway. One summer day, I was home alone as my son was playing at his friend’s house. Since I didn’t have air conditioning, the windows and doors were wide open.

He disappeared into thin air.

I have no idea what happened to him. He was old and dirty and I didn’t have a clue who he was or where he came from. No one in the other neighborhood houses even saw him.

Was he an angel in disguise waiting to see what I would do? I don’t know. When I told my mother about the experience, she freaked out and started screaming that I could have been killed and what was I thinking and how could I have been so stupid?

All I did was give a glass of water to a thirsty man. I didn’t feel stupid and I didn’t feel threatened at the time that this event took place. Someone was thirsty so I solved a problem (albeit for the short term) and helped another human being.

I simply treated him with kindness instead of cold indifference or even worse — apathy. I don’t know if I really have a guardian angel but, in that instance, some force was watching over me very closely. Call it what you want – guardian angels or serendipity – it all comes down to the same thing – angels in disguise.

My Own Angel In Disguise

One time I dropped a box of business cards all over a downtown street corner. I was late, frustrated and near tears picking up a thousand business cards when a kind soul said “May I help you?” In my frustration I simply said a terse “no thank you” and kept picking up the cards. She said “are you sure?” and I uttered no thanks – then I looked up.

Here was a young woman with studs coming out of her nose, lips, eyebrows, tongue – you name it! She wore odd clothes and had really different hair – I will never forget her.

I wished now I would have said “yes, thank you so much for your help.” But I didn’t – I simply gave her a terse “no thank you.”

I still feel ashamed when I think back on that incident – what if she were struggling that day and by extending a hand of kindness to a stranger, she was trying to reach out as all “normal” human beings do?

Instead of letting her help me, my angel in disguise was promptly rebuffed. I was so uncomfortable allowing (and receiving) help that I couldn’t even say yes, thank you.

Jeez – what an impression I left that day. At best, I was rude and at worst, I was insensitive to another human being who was simply being kind. Boy, do my wings ever need adjusting…