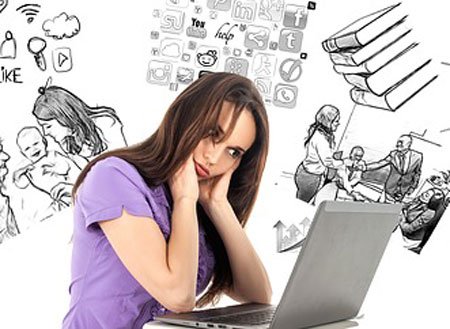 So, it’s Tuesday. You have to work late which means dinner will be late. Not all of the laundry got done over the weekend. And you’re out of toilet paper. Guess who takes care of most of the household chores? Usually, women. It’s called the invisible workload of women.

It’s now 2020 and women still carry the burden of household and childcare duties along with full time jobs. It’s called the second shift for women.

A womans’ to-do list includes grocery shopping, scheduling doctor appointments, getting the kids to the dentist, cleaning the bathroom. Your spouse’s to do list is taking out the trash (but not without being reminded first) and that’s pretty much it.

Even though we have a partnership with our spouse, women still bear the brunt of mentally planning and physically taking care of life.

As a matter of fact, according to the lifestyle blog InHerSight.com, supposedly men work longer hours than women do, but in the end, because of the “unpaid” work at home, women actually work longer hours.

While men do work slightly longer hours than women do in paid jobs, women spend far more time doing unpaid work at home. In fact, when researchers consider unpaid domestic responsibilities as “working hours” in studies, it turns out that the average woman actually spends 39 more days working than the average man. Even when a husband and wife with children both work full time, the wife still spends more time on cooking, cleaning, and childcare on a daily basis. In some cases, more than twice as much time.

So, it’s the 21st century and as women, we’re still in charge of everything and not being compensated equally for it? The worst part? According to CreditCards.com, women might not have had the same opportunity to build a safety net, thanks to the gender pay gap.

We worry about stuff like this because it hits us harder than our male counterparts.

And guess what? Women tend to burnout more so than men.

Listen, I’m not trying to not to bash men. All I’m trying to do is make a point about what women still get stuck doing.

Why Do We Still Have An Invisible Workload?

I wish I could decisively answer that question without pissing off half of the world. Some of it is because of society’s expectation of what is “women’s work” and some of it is our need to feel like we’re superwoman (still societal pressure).

We’re mentally and physically keeping track of everything that makes a home a home.  That’s where the stress and burnout comes in because It’s our load.

Here’s one reason according to Susan Hyatt, an amazing life coach out of Indiana:

Often, we take on this additional workload unconsciously—automatically—without even realizing we’re doing it. We just quietly do it. Because if not, who else will?

See what I mean?

So how can we begin fixing this?

My big word of the day is Delegate.

If we don’t start delegating, then we’re stuck in a state of burnout by our own choice. Yes, it takes time and yes, it’s hard to make delegating a habit because it’s easier to just do it yourself. 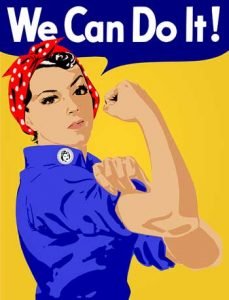 What’s worse, if we don’t delegate, then what we’re doing is perpetuating the myth that a woman will take care of everything.

Here’s a few phrases that Susan says should be an integral part of your daily life:

When you force your children (and your spouse to some extent) to handle some of the daily load, what you’re actually doing is teaching them how to be self-sufficient and learn to make good decisions.

Lemme tell ya how I learned to make good decisions: as an adult with a child of my own and making plenty of bad decisions along the way. AACK!! It was trial by fire!

Growing up, I wasn’t allowed to make any decisions whatsoever because my parental unit was (and is) such a control freak. Hence, I made some lousy (really lousy) decisions until I got the hang of it. My siblings and I were slave labor, so we understood how chores worked and we knew to get them done or pay the price.

For you brave men who follow Scented Balance, yes, I know you help out and you have your own workload, too. BUT women still carry the bulk of the household load (after we come home from work!) and we have to get better at helping each other carry the load!

So, guys – take on more of the mental and physical household load so neither one of us burns out. After all, you make half the mess so let’s share the chores and have more time for fun stuff.

Let me hear from you in the comment section below how you’ve handled the invisible workload. By the way, I have a number of blends to address depression and anxiety and stress because that’s what happens when you’re burned out.

Be well and DELEGATE!