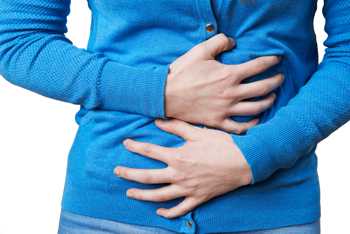 If you’re living with digestive concerns such as chronic indigestion, Irritable Bowel Syndrome (IBS-D), Inflammatory Bowel Disease (IBD) or Crohn’s Disease, you’re not alone. According to the Centers for Disease Control, millions of people in the United States live with some form of chronic digestive issue.

If you’re just beginning your search about digestive issues, the information provided here is general in nature but gives you a good starting point to learn more.

Irritable Bowel Syndrome (IBS), Inflammatory Bowel Disease (IBD) and Crohn’s Disease all have symptoms in common, but are very different disorders and only a trained medical professional can diagnose any of these issues.

IBS and Crohn’s Disease are chronic gastrointestinal disorders affecting the large intestine. They both cause bloating, gas, stomach cramps, abdominal pain and diarrhea. With Crohn’s, you also may experience a fever and unintended weight loss. With IBD and Crohn’s, there’s inflammation involved.

WebMD.com states that chronic indigestion is often a sign of an underlying problem, such as gastroesophageal reflux disease (GERD), ulcers, or gallbladder disease, rather than a condition of its own. Also called dyspepsia, it is defined as a persistent or recurrent pain or discomfort in the upper abdomen. 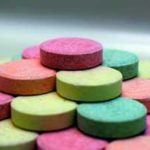 If you’re constantly eating antacid tablets like candy, you really need to talk with your medical professional.

What’s The Difference Between IBS and IBD?

EverydayHealth.com offers an excellent explanation of the difference between IBS and IBD:

It’s possible for your doctor to diagnose IBS by describing your symptoms and length of time you’ve had them. This is one time where you need to be totally honest with your doctor!

DiscoverMagazine.com wrote an article on gut microbes and their role in the difference between IBS and IBD:

The microbiomes were different in other ways, too. The genetic diversity within individual bacteria species was sometimes different, as were the growth rates. Patients with IBS and IBD also had much more virulent bacteria than people with healthy guts – bacteria that do things like evade or suppress their host’s immune system. And patients with Crohn’s, specifically, had more bacteria that had antibiotic resistance genes than any of the other groups.

How Can Aromatherapy Help With Chronic Indigestion? 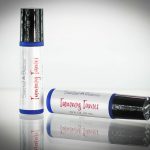 One of my case studies during aromatherapy school was for a client with IBS. I created a blend called Tummy Tamer Aromatherapy Roller Ball that has several essential oils to soothe the smooth muscles in your digestive tract.

What that means is when you’re having stomach cramps, bloating, gas and diarrhea, your digestive system is spasming and Tummy Tamer helps to calm that down. I also included a powerful analgesic to assist with the possible pain of stomach cramps.

Can aromatherapy make your chronic digestive issues go away?* No. Only you can do that by getting to the root cause versus treating just the symptoms. What aromatherapy can do is help you live more gracefully without doing more damage to your liver and kidneys.

If you’d like to talk about the underlying cause of chronic digestive concerns, fill out this short contact form and let’s talk today.

*Information on this site is provided for informational purposes only and is not meant to substitute for the advice provided by your own physician or other medical professional. These statements have not been evaluated by the Food and Drug Administration. These products are not intended to diagnose, treat, cure or prevent any disease.